Avenue des Arts is proud to present “LUVS” a solo exhibition by Japanese Artist LY. This exhibition will consist of 14 new, larger than life, paintings that tell the story of “LUV” and invites you into the “LUV” universe.

LY has always liked drawing, ever since she was a young child. When she was a teenager, growing up in Japan, she was intrigued by the street culture art. LY was especially influenced by skateboarding and graffiti.

In the beginning, LY was only drawing with black and white, but seven years ago in 2013, she suddenly lost interest in painting and drawing. Then, one day, she went to the skate park with her friends, and was immediately inspired by the gray scene she saw. LY had always told herself that she would only use colors that had meaning to her, and the gray of that concrete landscape seemed so hopeful to her. The way that this skatepark brought people from so many different backgrounds together, really inspired LY and she started to create again. This time, with the addition of grays.

Once LY had made the commitment to herself to be a painter, LUV was born. She promised herself that she would be unwavering in her sincerity as a painter, and to take on her future, head on. This is why LY’s character, LUV, is always staring straight ahead at the viewer. In the exhibition LUV is traveling around the landscape of LY’s memories, all the countries and cities she’s been to. Some of these landscapes are from her imagination, but LUV is always carrying the skateboard in its hands. Skateboards hold a very deep and personal meaning to LY.

Fundamentally, the character LUV is a manifestation of LY’s love of painting, which is clearly shown in how carefully each scene is painted in her solo exhibition “LUVS”. 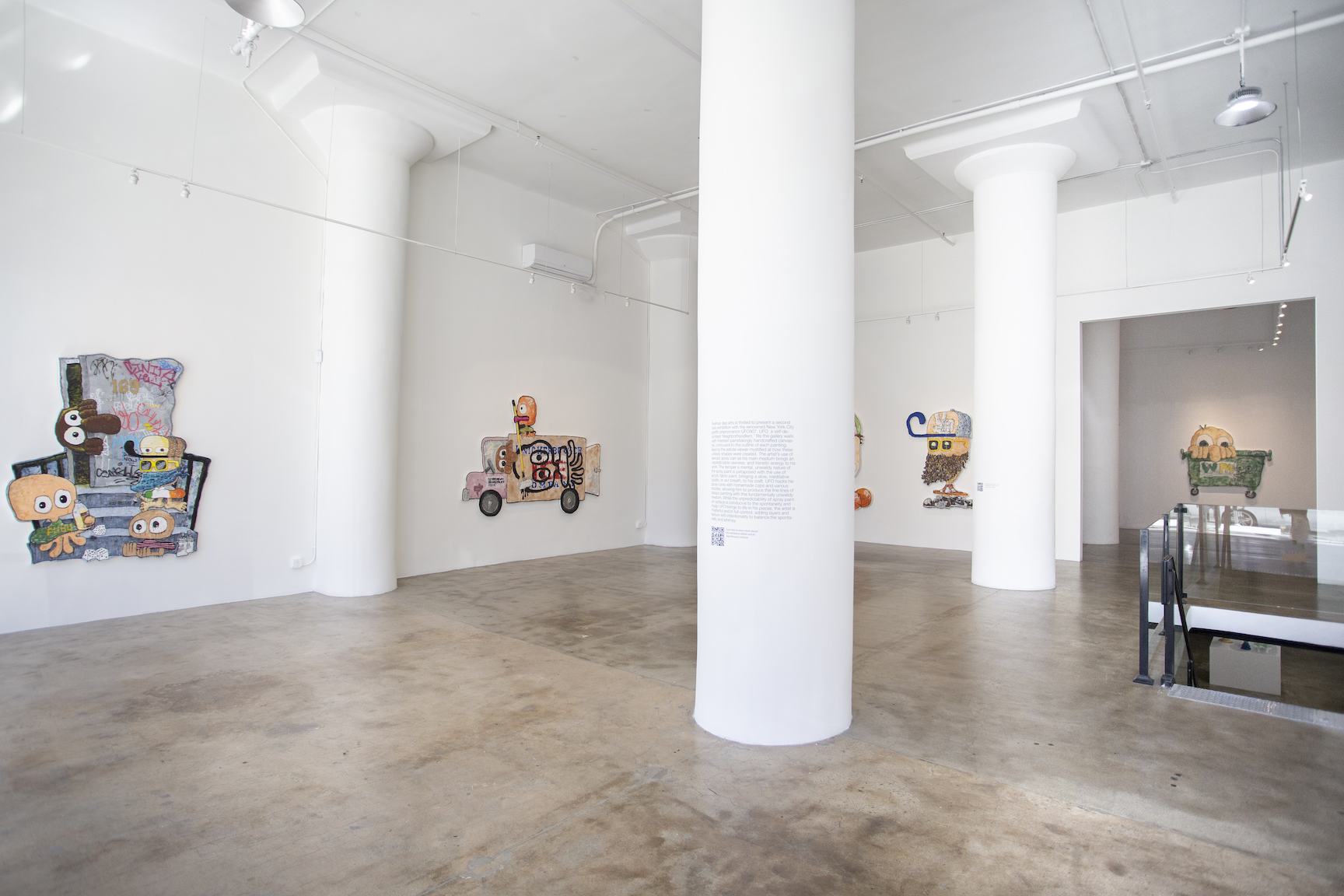 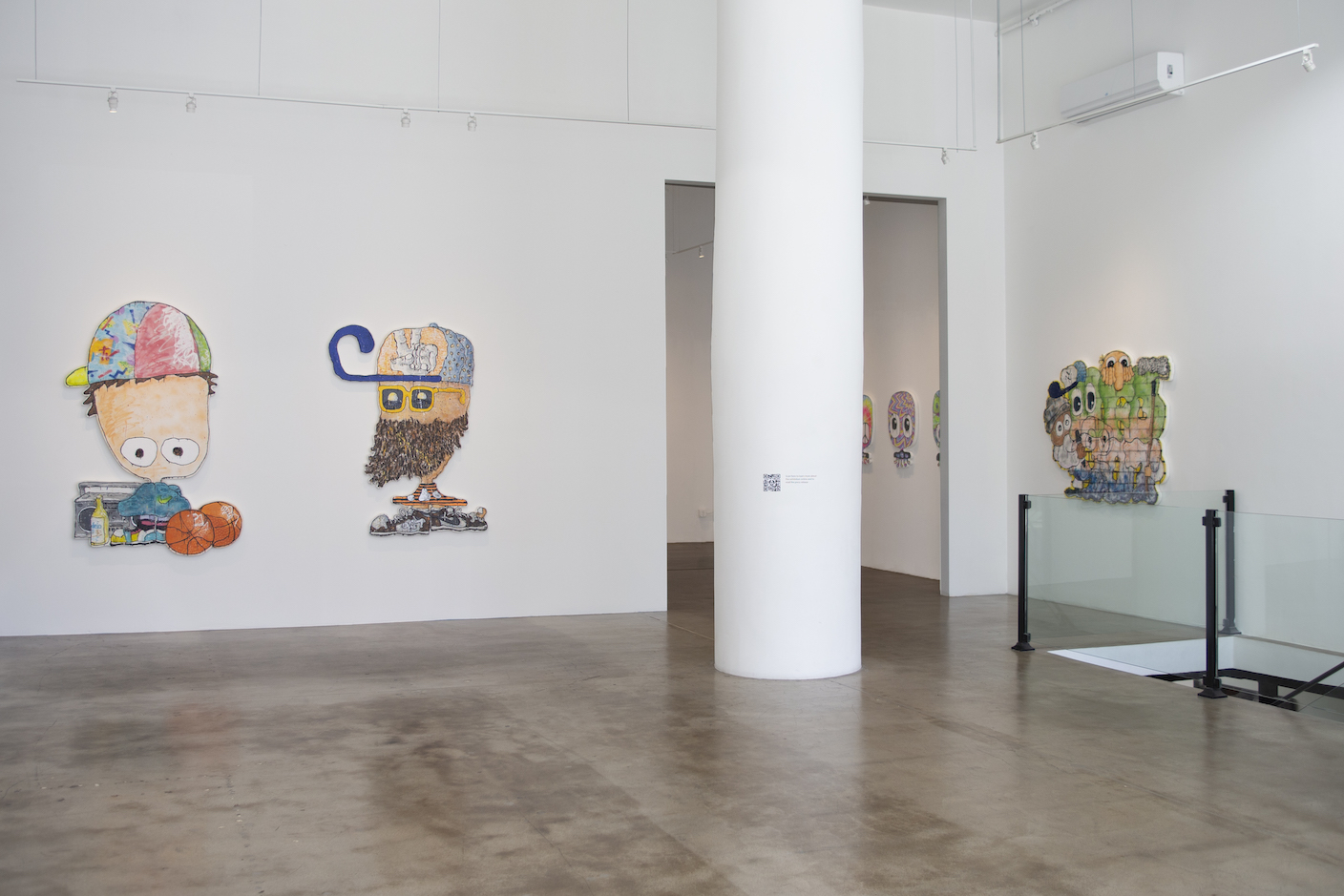 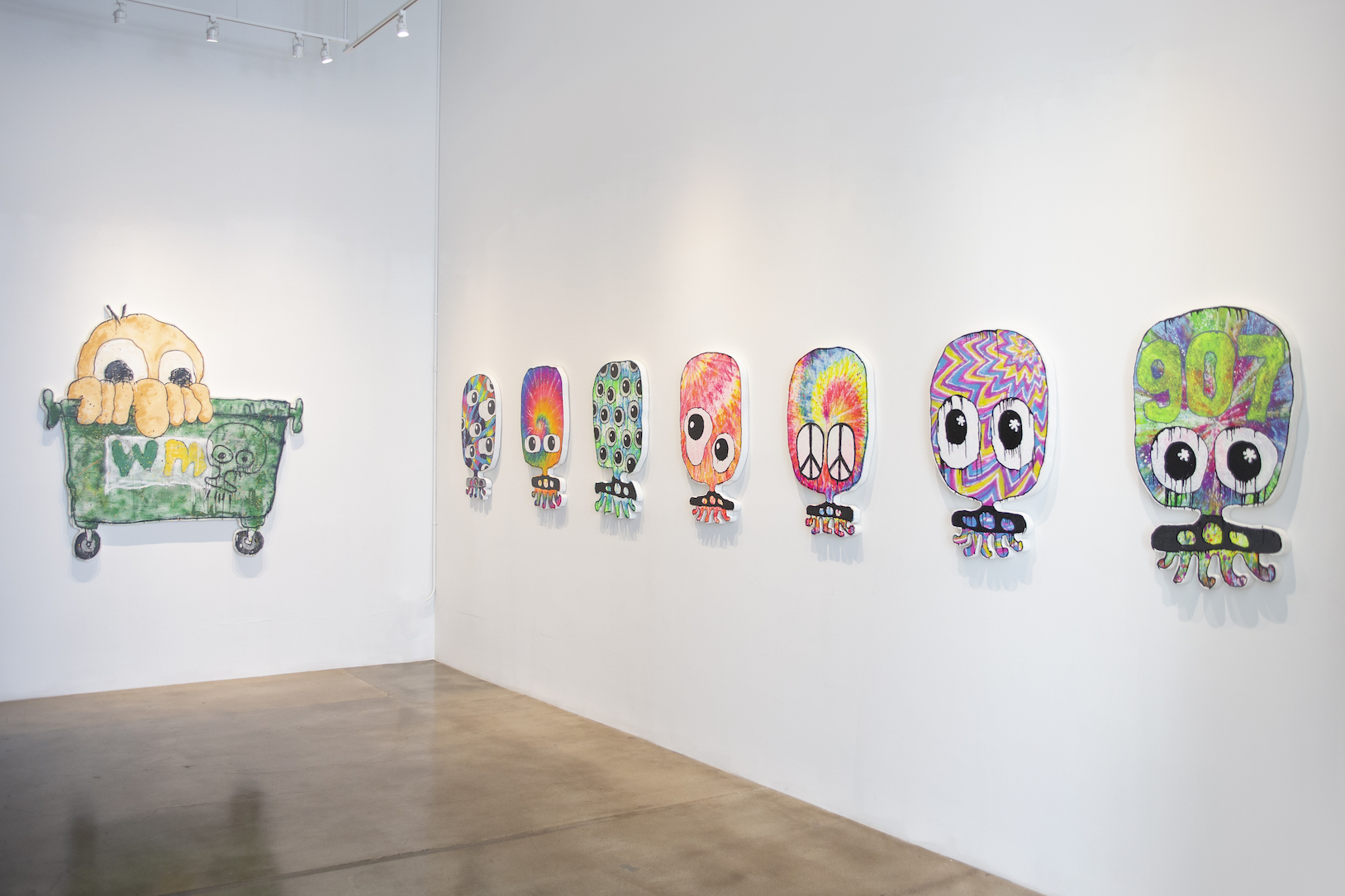